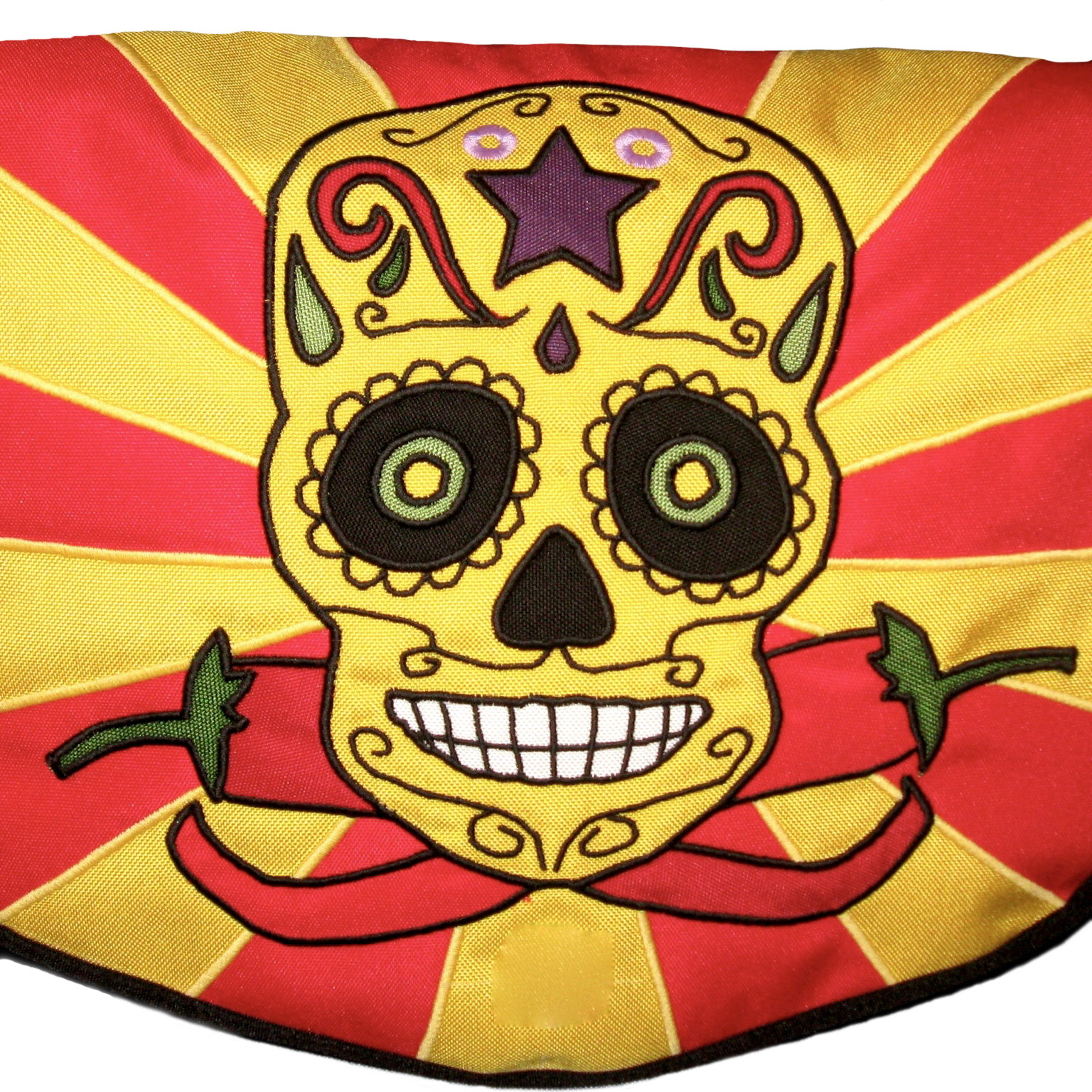 In 2009 I saw an advertisement in the window of a “CRUMPLER” store in Newtown, Sydney. The ad was for a position in the custom bags department. I applied, got the job and couldn’t wait to start. Customers would come in and select a bag from five different options to be customised to their liking using Appliqué. Some would have a picture of their dog and some would have something more obscure in mind, or just a random stripe combination.

Using Adobe Illustrator I would redraw the design in mind and convert it to a workable Appliqué format of layering fabric shapes and zig zag stitching them onto the front of the bag of choice. This process was a very creative opportunity to test the boundaries of Appliqué. There was also the opportunity to make my own designs to sell in store as Crumpler one off “Scrappie” bags. In total I made around 500 bags for Crumpler, too many to show here so I have just showcased a selection.

A selection of Custom bags designed by CRUMPLER customers, made by PV1

An appliqué is work laid or applied to another material. The technique is very common in some kinds of textiles, but may be applied to many materials. In the context of ceramics, for example, an appliqué is a separate piece of clay added to the primary work, generally for the purpose of decoration.

The term originates from the Latin “applicare” and subsequently from the French appliquer or “apply”. Appliqué is a technique used to decorate an aspect of a garment or product. The technique is accomplished either by hand or machine.

In the context of sewing, an appliqué refers to a needlework technique in which patterns or representational scenes are created by the attachment of smaller pieces of fabric to a larger piece of contrasting color or texture.[1][2] It is particularly suitable for work which is to be seen from a distance, such as in banner-making. A famous example of appliqué is the Hastings Embroidery.

Appliquéd cloth is an important art form in Benin, West African, particularly in the area around Abomey, where it has been a tradition since the 18th century and the kingdom of Danhomè.

Appliqué is used extensively in quilting. “Dresden Plate” and “Sunbonnet Sue” are two examples of traditional American quilt blocks that are constructed with both patchwork and appliqué. Baltimore album quilts, Broderie perse, Hawaiian quilts, Amish quilts, Egyptian Khayamiya and the ralli quilts of India and Pakistan also use appliqué.